For anyone missing Friday Night Lights (2006) or The OC (2003), allow me to direct you to Outer Banks (2020). It has that older style of camera work, too. That very quiet style. I don’t even know how to describe it. The colours are muted, there’s no CGI, everything looks normal. I really like it. The style is super relaxed. Fitting, as the show starts out in a chill seaside town. IT’S. SO. PRETTY.

The storyline follows ‘the Pogues’, a group of boys and one girl after they learn about a sunken treasure ship and try to find both the gold and the missing father of the main guy, John B. The Pogues are at odds with the rich kids of the island and spend their time on the water or working. The hunt for gold and John B’s father brings everyone together – or pushes them even further apart.

The friendships really make the show for me. JJ was my favourite of the characters. He’s incredibly loyal to John B, Pope and Kie. Sarah, the rich girl who ends up befriending John B and getting closer to all of them, grew on me throughout the series as well. And Pope and Kie were both great. Overall, the friendships are what solidified my love for this show and the ending to season one was awesome! It’s been renewed for a second season and I’m excited to see where it goes.

The other show I want to recommend is Somewhere Between. OH. MY. GOSH. It’s based on a Korean drama I haven’t seen (but now I must!), 신의 선물 – 14일 (2014). And apparently it’s the first American show to adapt a Kdrama?! What?! The first?! This is one where it’s sooooo hard not to look up the ending and spoil yourself. I am so happy I gave this one a chance, though! Devon Sawa has been one of my favourite actors since I was a kid and watched Wild America (1997) twenty-five times a year. (Maybe an exaggeration. Maybe.) He was also in Nikita (2010), which was such an underrated gem!

[You can’t really talk about this show without spoiling some things, so SPOILER ALERT for the first episode, mostly. Minor spoilers for second episode. Trigger warning for mention of character death and character suicide attempt.]

This one is very intricate and intense. The plot centres around Laura, Nico and Tom. Tom is the District Attorney, Nico is a former cop with a brother on death row, and Laura is Tom’s loving wife and mother of their daughter Serena. In the first episode, Serena befriends Ruby, Nico’s niece, while Nico’s mum begs Laura to get her husband to re-examine Danny’s case (the brother on death row). The mum is convinced of his innocence, but it was Nico who testified against him as the victim he’s been accused of killing was Nico’s girlfriend). The talk doesn’t prove successful, but Serena and Ruby become good friends.

Nights later, as Nico’s family falls apart, Serena is kidnapped. Tom and Laura do everything they can to find her, but fail. Nico learns about Serena’s death on the news – the same moment he learns that her death is being used to re-open the death penalty in their area and that his brother is going to be executed shortly. [The first episode is really grim, but if you hang in there, there’s a twist coming.]

The day Danny’s to be executed, Laura attempts suicide at the exact same time, and Nico is jumped by a gang and thrown off a dock – also at the same time. He sees Laura in the water and manages to cut himself free and drag her to shore, but he’s heartbroken to realise that he missed his brother’s execution. Both go home distraught.

Yet when Laura returns home, she finds Serena and Tom waiting for her. WAIT, WHAT?! Yep. It’s three months in the past, Serena is alive, Danny is alive, and everything is playing out exactly the same way as before. The only two people who know what’s going to happen – or rather, who remember what happened the first time – are Laura and Nico. The pair decide to team up to save both Serena and Danny. AND THAT’S ONLY THE START OF EPISODE TWO.

I won’t say any more, but trust me, this one is definitely worth your time! It starts out really grim, but it becomes more action/mystery after episode one. 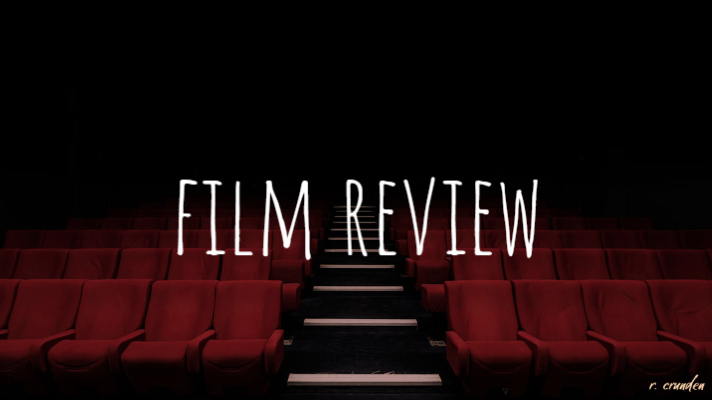 I love the Tomb Raider remake. I adored the Angelina Jolie ones back in the day and was quite attached to them, but I think the new version is probably my favourite. And Alicia Vikander is such perfect casting!

The film reboots the franchise and follows Lara who has spent years refusing to believe her missing father, played by Dominic West, to be dead. She works as a bike courier and has no interest in taking over his estate, but she’s finally convinced to return to her childhood home and, in her father’s would-be tomb, she finds his old files. Her father’s left her a message instructing her to destroy his research, but instead she delves deeper into the mystery of his disappearance. She follows his research to Hong Kong and seeks out the son of a man who helped her father, Lu Ren, played by Daniel Wu. Lu Ren’s father also went missing and he agrees to help her.

The pair take a boat to distant island called Yamatai. There they encounter Mathias Vogel, who’s following the same clues as Lara’s father, hoping to find the long lost tomb of Himiko. Vogel is funded by a secret organisation who are holding him hostage, and in turn he takes Lara and Lu Ren hostage. Managing to escape, Lara finds herself in one dangerous situation after another, and unearths the secrets she’s been seeking her whole life.

Lara and Lu Ren were definitely my favourites, but I loved Vogel’s casting. He’s a good villain, and Walton Goggins plays him perfectly. WALTON GOGGINS FOR ALL THE ROLES ALWAYS. (Seriously, he’s brilliant.) Dominic West is great, too. Kristin Scott Thomas also has a background role! The casting for this film is just perfect.

My favourite things other than the casting: the action scenes are so badass (!!!); the lack of a stupid romance that makes no sense; the scenery and camera work are brilliant; and the backstory and legends and clue-hunting. As a child raised on Indiana Jones, this is just fantastic! Watching it feels very immersive and honestly so much like a video game, but in a really good way. It’s edge-of-your-seat intensity from start to finish and I can’t wait for the sequel, which I think is coming out next year. Can’t wait!

Recommended for fans of Indiana Jones, for sure, but also just general action lovers. Alicia Vikander is wonderful from start to finish!

**gifs found online, not mine