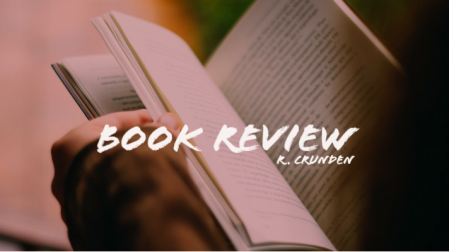 Swimming in the Dark by Tomasz Jedrowski, narrated by Robert Nairne

When it comes to audiobooks I’m insanely picky about narrators. Storytelling is just as important as writing, after all. Let me just saw that not only is the writing for this book beautiful, so too is the narration. I totally, totally recommend the audiobook. 🙂

I turned my head and looked along the line to find Carolina, but instead my eyes fell on you. I had never seen you before. Not consciously, anyway. Yet my mind felt strangely relieved, as if it had recognised someone.

This book follows Ludwik and Janusz as they fall in love and traverse life in 1980s Poland. The writing style reminds me of The Lessons, which I read at the start of last year. Lush, evocative prose that’s just determined to break your heart.

No matter what happens in the world, however brutal or dystopian a thing, not all is lost if there are people out there risking themselves to document it. Little sparks cause fires, too.

That line absolutely floored me. Fantastic prose and I can’t wait to read more by Jedrowski! I definitely recommend this one!

Midnight in Chernobyl: The Untold Story of the World’s Greatest Nuclear Disaster by Adam Higginbotham | 5/5 | Nonfiction

‘If we survive until the morning, we’ll live forever.’

‘He didn’t plan anything. There was nothing to plan – he didn’t have contingencies, no connections in clandestine places who knew how to make a man disappear. All he had was impulse and the flash-fire certainty that yes, yes, this was the right thing to do.’

‘We are surrounded by the conversations we didn’t have.’

Spellbook of the Lost and Found by Moïra Fowley-Doyle | 5/5 | LGBT, Magical Realism

‘Maybe it’s more about firsts. Maybe every first is a loss.’

‘Everything was black-and-white until you grew up and saw gray everywhere. There were millions of rights and wrongs in our lives, and blame could be placed with all of us.’

‘In 1954, Congress followed Eisenhower’s lead, adding the phrase “under God” to the previously secular Pledge of Allegiance. A similar phrase, “In God We Trust,” was added to a postage stamp for the first time in 1954 and then to paper money the next year; in 1956, it became the nation’s first official motto. During the Eisenhower era Americans were told, time and time again, that the nation not only should be a Christian nation but also that it had always been one. They soon came to believe that the United States of America was “one nation under God.” And they’ve believed it ever since.’

The Monsters We Deserve by Marcus Sedgwick | 5/5 | Gothic Fantasy

‘Yet every writer worth a good-god damn knows this too, for it is graven into each of us: no one cares for beauty. Not in fiction. Not on its own, not pure, untroubled beauty; not in fiction. It’s what we crave in the real world, of course; beauty, and you know I mean that in its broadest sense: the sense of kindness and wisdom and peace and joy: all the things in the world that are beautiful, and all the things we crave in real life, but which are not sufficient to count, on their own, for anything in the world of stories.’

We Will Not Be Strangers: Korean War Letters between a M.A.S.H Surgeon and His Wife
by Dorothy G. Horwitz (Editor) & Mel Horwitz | 5/5 | Nonfiction, Military History, Letters, Korean War

‘Men killing, destroying, sitting in cold and mud and filth. Do they really hate each other? I doubt it.’

‘Tradition comes from something being so brilliant and such a good memory, that you try to recreate it every time that you can.’

‘Thank you for enquiring whether I do my own stunts. The simple answer is no. They tell me jumping a puddle is safe, but what would they know? I could slip and damage my face, and then where would the world be?’

‘In the end, the courage of women can’t be stamped out.’

‘“What happened to free will?”

He snorted inelegantly. “Who knows? It’s one of the great secrets of the universe. Maybe it was fate, maybe it was destiny, or maybe it was nothing at all and we’re just two people in the middle of cosmic nonsense clinging to each other because we can.”’

The one I am currently reading looks like it will make a top list, too, so I’m adding it below. It’s giving me serious Firefly vibes so far which is always a good thing!

‘He really, really doesn’t want to die. Not by freezing, not by suffocating, not by anything, not ever. If he dies now, he’ll never fly a ship, never go to flight school […] He’ll never be able to help Mom and Dad stay together, and he’ll never get to tell Mal that he’s a giant dick for filming him while he was in trouble.’

There were so many good books this year! And my TBR pile remains taller than myself. 😉