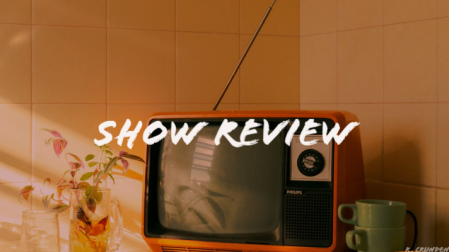 I didn’t think I would be so captivated, but I am! Anne with an E is utterly adorable. Having never read Anne of Green Gables myself (despite owning all of the books as a kid) because I’m useless, I always knew the story. Little Anne Shirley comes to Prince Edward Island in the early 1900s to live with Marilla and Matthew Cuthbert, an elderly brother and sister pair who want a boy to help them tend the land but instead they get Anne. She convinces them to keep her and slowly starts to win over the hearts of everyone on the island despite often putting her foot in her mouth, making frequent mistakes and having absolutely no chill.

The show itself largely follows Anne’s various escapades on PEI and the life of the islanders, each episode charming and wholesome in its own right. It’s certainly on the lighter side, but the show does touch upon some very important topics and there are hard-hitting moments that serve angst. My favourite characters are definitely Anne, her best friend Diana, Gilbert, Cole, Sebastian and the Cuthberts. Gilbert’s determination to win Anne over is the cutest thing ever. Cole, a character that wasn’t in the books but was created for the show, is truly a precious gem.

There’s good representation that didn’t come into the books (or so research tells me), too. And it’s wonderful seeing LGBT rep being incorporated so beautifully into classics. I won’t spoil you, but I love the character(s)!

Since starting the show, I’ve also started the book. The audiobook version is performed by Rachel McAdams, too! And Rachel McAdams is perfection personified, yes yes?

gifs found online, not mine*