I’m definitely not a fan of gore-horror. And yet for some reason I’ve still seen a good number of them? I don’t know. I’m easily grossed out and scared, but sometimes I’m also in the mood for an over the top kind of flick. So today I decided to rewatch Friday the 13th (2009). I’m not really into the franchise (again, I like my horror spooky, not gore-y), but I like the casting of this film: Jared Padalecki, Danielle Panabaker and Ryan Hanson are all fantastic, so I sort of endure the gore.

I think Jason is probably one of the scariest film villains of all time. Like, I have absolutely no desire to watch Freddy V Jason. I am a wimp. But I previously watched this one when it first came out because I was watching Supernatural at the time and I made a point of watching all of Jensen Ackles’ and Jared Padelecki’s filmography. I also watched My Bloody Valentine 3D (2009) right around the same time. And it’s funny that I’m so scared of horror given that Supernatural was my favourite show of all time when I was younger. But I suppose half the fun of watching a horror movie/show is scaring yourself. And this one is certainly frightening!

What I like about Friday the 13th (2009) is Clay’s determination to find his sister. I really like those kinds of characters. I didn’t care much for any of the other characters apart from Clay, Jenna and Whitney, but they’re in the majority of the film and bring good characterisation to an otherwise nonstop gore fest, which is a plus.

I’m not sure if this made me inclined to see the original, but if you like terrifying movies with lots of screaming, this might be up your alley. I’m mostly just glad I watched it during the day time and not while staying at a cabin by the lake. 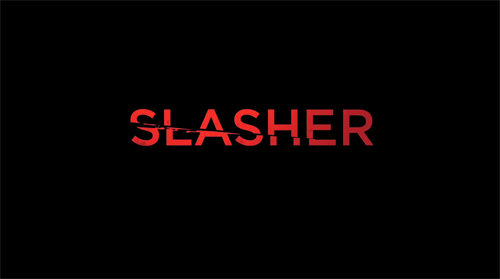 Slasher is a horror/mystery show that follows a new case/new cast every season. The first season, subtitled The Executioner, follows Sarah Bennett, played by the brilliant Katie McGrath, and her husband Dylan, played by Brandon Jay McLaren, after they return to Waterbury, Canada, a town with a dark past. Sarah’s parents were murdered before she was born (the death scenes are gruesome and yes, that’s how she was born, it’s awful). But despite this horrific past, she and Dylan are coming back to town because the house is empty and they want a fresh start and figure the past is in the past. Almost immediately, bad things begin to happen. The neighbour is horrible to Sarah, she finds shocking videos of her parents in the basement, and then a copycat killer begins hunting townsfolk. Each new murder takes on the theme of one of the Seven Deadly Sins and the storylines unravel the mystery of the town and everyone’s secrets. Pretty much everyone turns out different than you’d expect and there were some serious shocks.

Sarah was definitely my favourite, but I also really loved the character of Robin. Robin and his husband are old friends with Sarah and welcome her back with open arms. Cam, another friend and now one of the police, is also delighted she’s back in town. His wife June is far less thrilled. Sarah spends most of her scenes with Dylan, Cam or Robin. Dylan, Sarah’s husband, was a more complicated character and sometimes I found him frustrating, but he was a good husband to Sarah. He’s the editor-in-chief at the local paper and is very hungry for success, often taking things too far, but he’s not irredeemable.

I thought Katie McGrath was absolutely brilliant in this and she totally stole every scene she was in! I’ve loved her since Merlin and she’s just so captivating. The character of Sarah was wonderfully complex and I rooted for her the entire time. She’s one of the best final girls of horror and was very capable and intelligent. I thought Brandon Jay McLaren and Christopher Jacot were fantastic as well.

Now, fair warning, this show is a gore fest. I looked away a good few times as the show isn’t shy with its gruesome scenes and there’s only so much I can take. But overall the mystery was very interesting and the cast were great! And I love watching shows set in Canada. ♥

On to season two!

I’ve been on something of an Exorcist themed kick after watching the television show. I’m currently reading the book for the first time, which I’m really enjoying so far, but I’m also checking out movies of the like. The Possession was pretty good!

The Possession tells the story of Clyde and Stephanie, who are recently divorced and sharing custody of their kids, Emily and Hannah. When Clyde brings their daughters to a yard sale, Emily picks up an old wooden box with Hebrew writing on it. Little does she know the box is haunted by a dybbuk. Emily begins to act stranger and stranger — moths gather in her room, raw meat is consumed, she gets more and more withdrawn. Clyde realises something isn’t right with his daughter and sets out to help her.

What I really appreciated about this movie was that the characters turned to a Hasidic Jew for help with the exorcism, which is something I haven’t come across much in exorcism plots before. Instead of Latin, there’s Hebrew. It was really nice to see and I liked the different take on an exorcism. Apparently it’s based on a true story as well. CREEPY.

Jeffrey Dean Morgan was, as usual, wonderful in this. Really, the whole cast was great. The actress who played Emily (Natasha Calis) did an especially brilliant job!

I’d definitely recommend this to fans of horror!

I followed my watch of The Possession with It. I don’t even think I could attempt to review It with anything coherent because Pennywise is going to be haunting my dreams for eternity. But it was definitely all levels of YIKES. Really well acted, though. Very impressed! I really did forget the entire plot outside of evil clown. The only thing I did remember was the sink scene and the new version is the stuff of nightmares.

Thanks, Stephen King, I won’t be sleeping for a month.