I have no ability to read one book at a time, and I’ve found myself reading several at the moment. Clearly I have the attention span of a napkin 😉 I’m hoping to get all of these read and reviewed this month, in addition to more short stories! 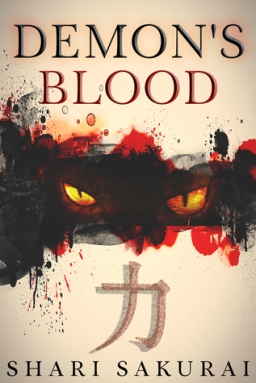 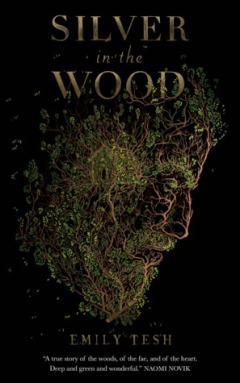 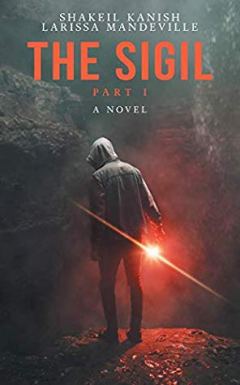 After vampire hunters force them to flee Tokyo, Taku and his lover, Thane, try to make a new life for themselves in England. But three months later Thane is still tormented by nightmares of the fire that almost cost them their lives. This leads to carelessness and the discovery of one of his victims.

When faced with threats from all sides Taku tries his best to protect them although his actions are met with disapproval and anger from Thane. Unknown to his lover, Taku is also struggling to keep hidden the truth of what really happened three months ago.

However, it is only a matter of time before Taku’s past and bloodline catches up with him.

Love. Magic. Revolution. Enchantée is Gita Trelease’s lush and imaginative debut fantasy about an impoverished girl who must use magic to impersonate an aristocrat in Versailles to provide for her sister as her own political awakening forces her to choose sides in the French Revolution.

Paris is a labryinth of twisted streets filled with beggars and thieves, revolutionaries and magicians. Camille Durbonne is one of them. She wishes she weren’t…

When smallpox kills her parents, Camille must find a way to provide for her younger sister while managing her volatile brother. Relying on magic, Camille painstakingly transforms scraps of metal into money to buy food and medicine they need. But when the coins won’t hold their shape and her brother disappears with the family’s savings, Camille pursues a richer, more dangerous mark: the glittering court of Louis XVI and Marie Antoinette.

Using dark magic forbidden by her mother, Camille transforms herself into a baroness and is swept up into life at the Palace of Versailles, where aristocrats both fear and hunger for magic. As she struggles to reconcile her resentment of the rich with the allure of glamour and excess, Camille meets a handsome young inventor, and begins to believe that love and liberty may both be possible.

But magic has its costs, and soon Camille loses control of her secrets. And when revolution erupts, Camille must choose — love or loyalty, democracy or aristocracy, reality of magic — before Paris burns.

Silver in the Wood by Emily Tesh

There is a Wild Man who lives in the deep quiet of Greenhollow, and he listens to the wood. Tobias, tethered to the forest, does not dwell on his past life, but he lives a perfectly unremarkable existence with his cottage, his cat, and his dryads.

When Greenhollow Hall acquires a handsome, intensely curious new owner in Henry Silver, everything changes. Old secrets better left buried are dug up, and Tobias is forced to reckon with his troubled past — both the green magic of the woods, and the dark things that rest in its heart.

From a youthful infatuation with a cabinet maker in a small Italian fishing village, to a passionate yet sporadic affair with a woman in New York, to an obsession with a man he meets at a tennis court, Enigma Variations charts one man’s path through the great loves of his life. Paul’s intense desires, losses and longings draw him closer, not to a defined orientation, but to an understanding that ‘heartache, like love, like low-grade fevers, like the longing to reach out and touch a hand across the table, is easy enough to live down’.

André Aciman casts a shimmering light over each facet of desire, to probe how we ache, want and waver, and ultimately how we sometimes falter and let go of the very ones we want the most. We may not know what we want. We may remain enigmas to ourselves and to others. But sooner or later we discover who we’ve always known we were.

The Battle of Serenity Valley was the turning point that led the Independents to their defeat at the hands of the Alliance. Yet the Browncoats had held the valley for weeks against all odds, before being ordered to lay down their arms. Command stated they refused to send in airpower because the ground war was “too hot.” But the soldiers who were there insist that was not true…

While picking up a new cargo on Persephone, Captain Malcolm Reynolds is kidnapped by a bunch of embittered veteran Browncoats who suspect him of sabotaging the Independents during the war. As the rest of the crew struggle to locate him, Mal is placed on trial for his life, fighting compelling evidence that someone did indeed betray them to the Alliance all those years ago. As old comrades and old rivals crawl out of the woodwork, Mal must prove his innocence, but his captors are desperate and destitute, and will settle for nothing less than the culprit’s blood.

A tragic death.
A dangerous obsession.
A desperate mission.

After losing the person most important to him, Lake Smithson stumbles across a letter he cannot explain. A single brush of his finger and he is thrust into the heart of a mystery only to slowly realize that his obsession to be more, will unleash an evil that threatens all he has left.

Faceless creatures, terrifying magic, unlikely friendships, and broken promises lead Lake and his friends to walk a tight line between the mage realm, on the brink of extinction, and the human realm, on the precipice of revelation. Will Lake become the first human to wield magic or will he be the last?

What’s everyone else reading this month?